J1s Back on Track in League

Bandon got themselves back on track after grinding out a big scalp over last year’s second placed Newcastle West at home, in Old Chapel, in Division 1 of the Munster Junior League last Sunday.

Bandon started strongly against the heavily favoured Limerick side, dominating in the early forward battle. They held possession well for the first quarter of the game, marching the visitors up the field continually from the kick-off. There scrum was on point from the off, which resulted in a penalty in front of the post, which was confidently dispatched by Scrum Half Richie Walsh (03-00). Newcastle West relied on their experience of big games, and worked hard to open their account. Poor disciplined from the home side allowed them a penalty, as the Bandon defence came up in an umbrella shaped defence, giving the Referee no option but to award a penalty 30 yards out from the Clonakilty side of the pitch. The Newcastle West out half made no mistake in slotting it between the post to tie the game up. Bandon responded strongly forcing Newcastle West back up the field from the kick-off. Sustained defensive pressure forced the retreating Limerick side into making a mistake when there second row went off his feet at a ruck, causing a penalty to Bandon 40 yards out. Scrum Half Richie Walsh applied a well struck kick off the ground, which narrowly clipped the post, and fell into the hands of a waiting Newcastle West’s Scrum Half hands. The Scrum Half returned the ball to the waiting Gearoid Crowley, who took off at pace back at the Limerick defence. He broke a number of tackles before laying it off to Richie Walsh who danced his way up the field, creating a two-on-one overlap with Openside Michael Beecher anxiously awaiting the pass. Instead Richie Walsh decided to chip the ball over the sprawling defender. A perfect bounce landing into the waiting hands of Michael Beecher, who followed up the kick, leaving him with nothing to do but fall over the line (10-03). Bandon fielded the resulting kick-off and attempted to spread it wide to put the Newcastle West defence back under pressure. However, a way ward pass in the centre of the field allowed a Newcastle West centre to intercept and run 55 yards unchallenged before touching down just left of the posts. The width of the conversion proved too much for the Newcastle West out half who narrowly slotted it wide (10-8) He made no mistake redeeming himself moments later when a Bandon player was deemed to be offside following the resulting kick-off (10-11). One point is all that separated the sides going into half time. 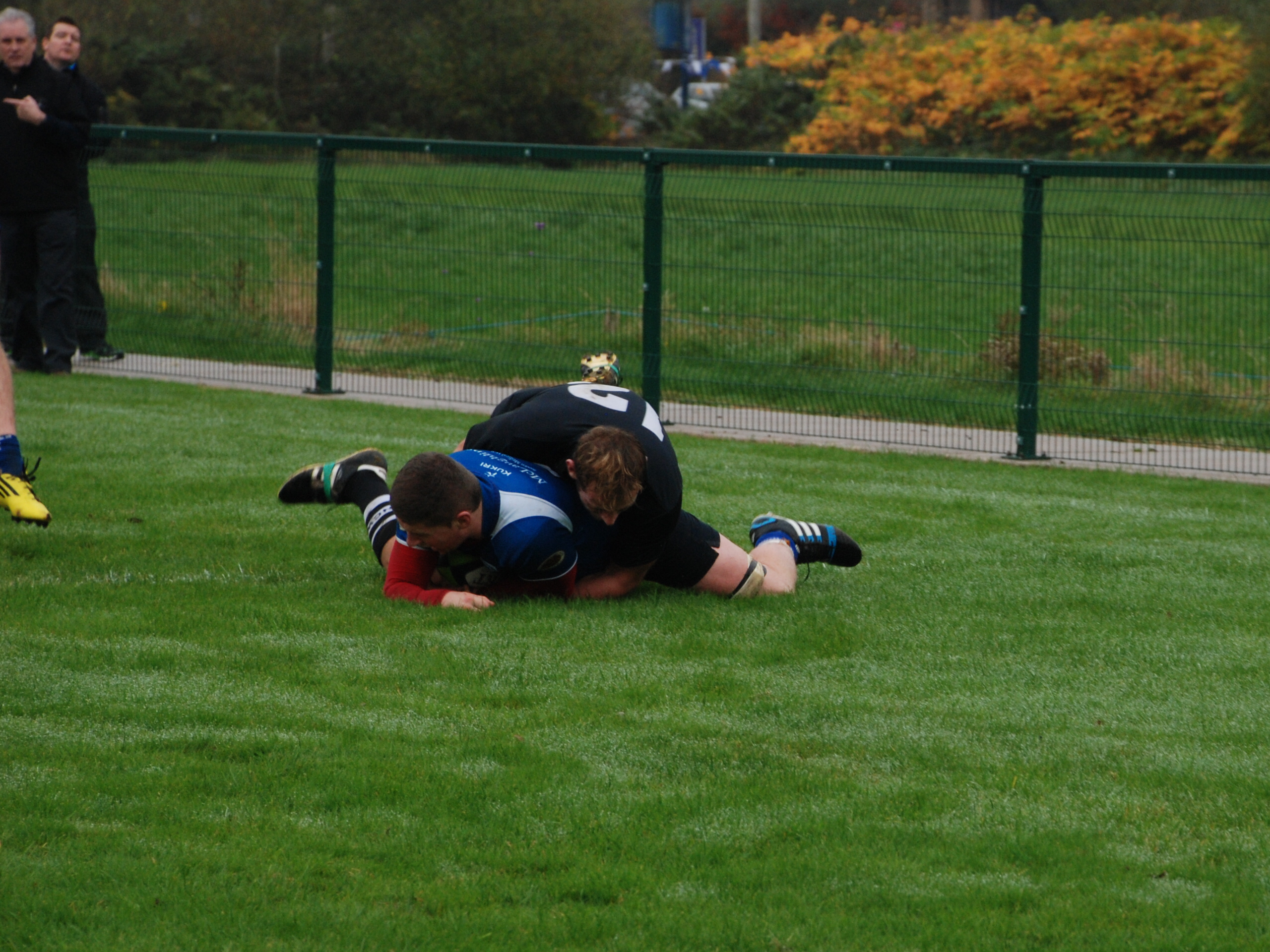 The home side again started the second half strongly in the pack, dominating both in the lineouts and particularly in the front row, winning a series of lineouts and scrums on both defence and attack. This pressure allowed Bandon back into the Newcastle West twenty-two. This is the opportunity Bandon needed to make use of their dominance. Following a series of sustained pressure 10 yards out, returning Prop Timmy Crowley stretched, in a Conor Murray-esque style, for the post pads, narrowly missing them. Quick recycling by first Second Row Des Prendergast and hooker Scott Kingston awarded Bandon the front foot, allowing Bandon loose head Prop Riobaird Wilmot to crash over the line, announcing his return to Bandon Rugby following a 7-year hiatus from the game (17-14). Bandon continued to control the game going into the final quarter, managing to subdue many a Newcastle West attack. They defended strongly, with a serious of body-on tackles forcing the travelling team back. A number of strong carries marshalled by Scrum Half Richie Walsh, and guided by Bandon Captain Tom Ferguson, offered no let up for the Newcastle West defence. Bandon forced themselves into the Newcastle West half, who appeared to drop their heads, and their bodies onto the prevailing rucks. The Referee was left with no option but to award a penalty to the waiting Richie Walsh, who missing only twice before, made no mistake in widening the gap in Bandon’s favour (20-14). Bandon held onto their six point lead to the final whistle. 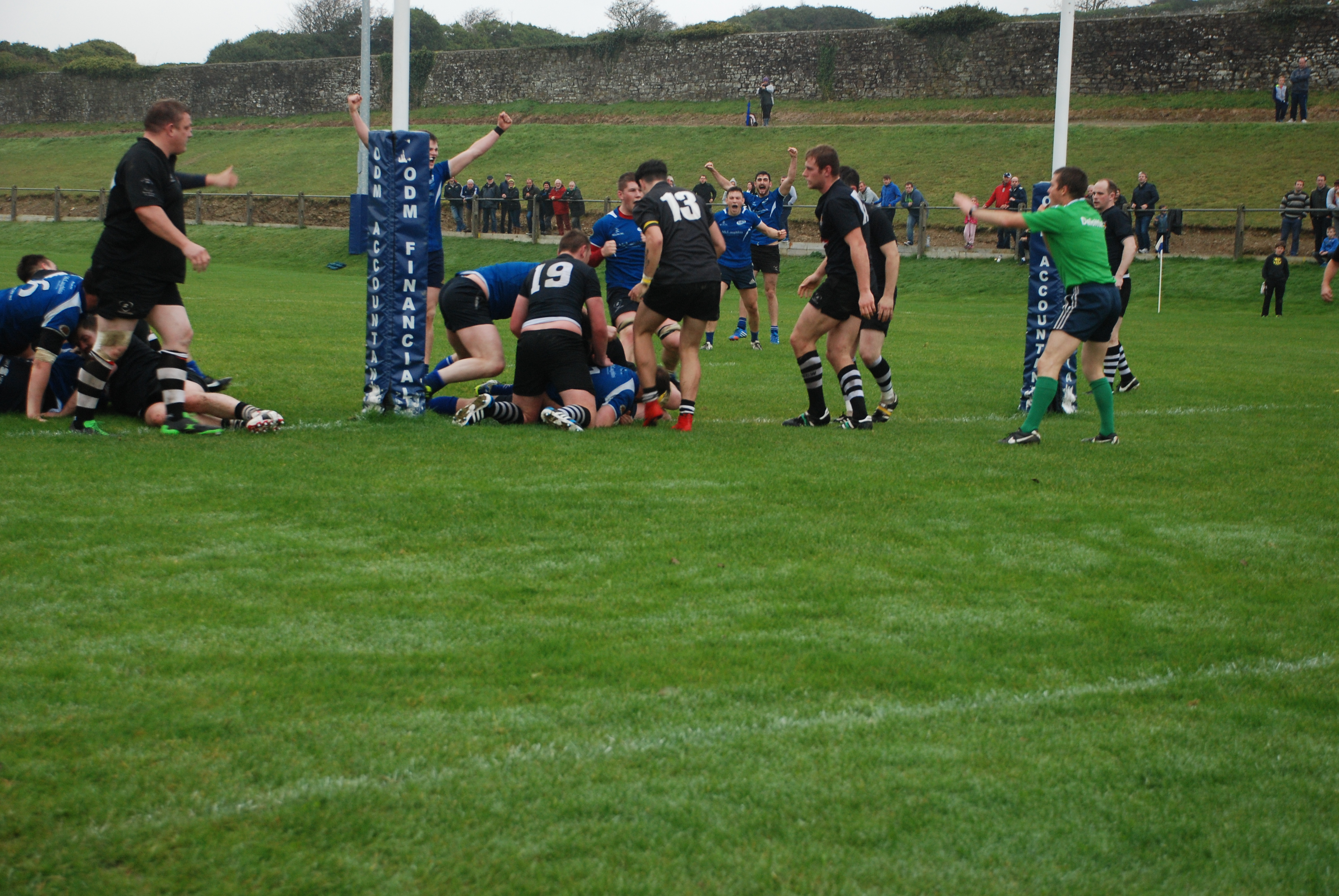 There were some stand out performances for Bandon of the day. Ray Naea showed a moment of brilliance, robbing a ball from the Newcastle West in the dying moments to regain possession and control of the game. The return to the front row for Timmy Crowley and Riobaird Wilmot added a stability to the front row, with both not only scrummaging strongly but also carrying well across the pitch. Michael Beecher was punishing in defence, not allowing Newcastle West a yard where possible. Richie Walsh again created a threat from the boot and at the base of the set pieces. However, best for Bandon on the day was second centre Jerry Crowley. The Innishannon native dominated in the wide channels both going forward and in defence, running strong lines on and off the ball. He stood up to the test well, having only just returned to the squad following injury sustained only a couple of weeks previously. His scintillating running caused a major headache for the visiting side. Bandon will have elements to work on again this week but are starting to show a return to the glimmer of skill that allowed them to win promotion last year. Bandon now face their Cup executioners St Senans next Sunday in Shannon Town at 2.30pm.

Stay up to date with everything we do here at Bandon Rugby Club. Our news section covers events at the club.