For the past 6 weeks, I have been attending schools in and around Bandon to deliver 45 minute Rugby sessions to our local school kids. With the main aim getting kids having fun and learning a new sport, or continuing to develop in a sport they are already involved in. At first, I was quite nervous, not sure about the reception I would receive. My mind was put at ease by Alice Kingston, principal at Ballinadee National School. She assured me of the cooperation of students and teachers alike, and true to her word i was welcomed with open arms.

The first week involved an introduction to all the students and teachers of each school, 15 in total. I received helped in the first week from Director of Rugby at Bandon Rugby Club, Conor Slattery, Head coaches of the J1 Squad,Keith Fuller and Neil Canniffe and also longtime member and former first team Captain Barry McLaughlin. The willingness of these men made my job a lot easier in that first week and just shows the commitment they, and the club have, to the community to sacrifice their time to help out in the schools. 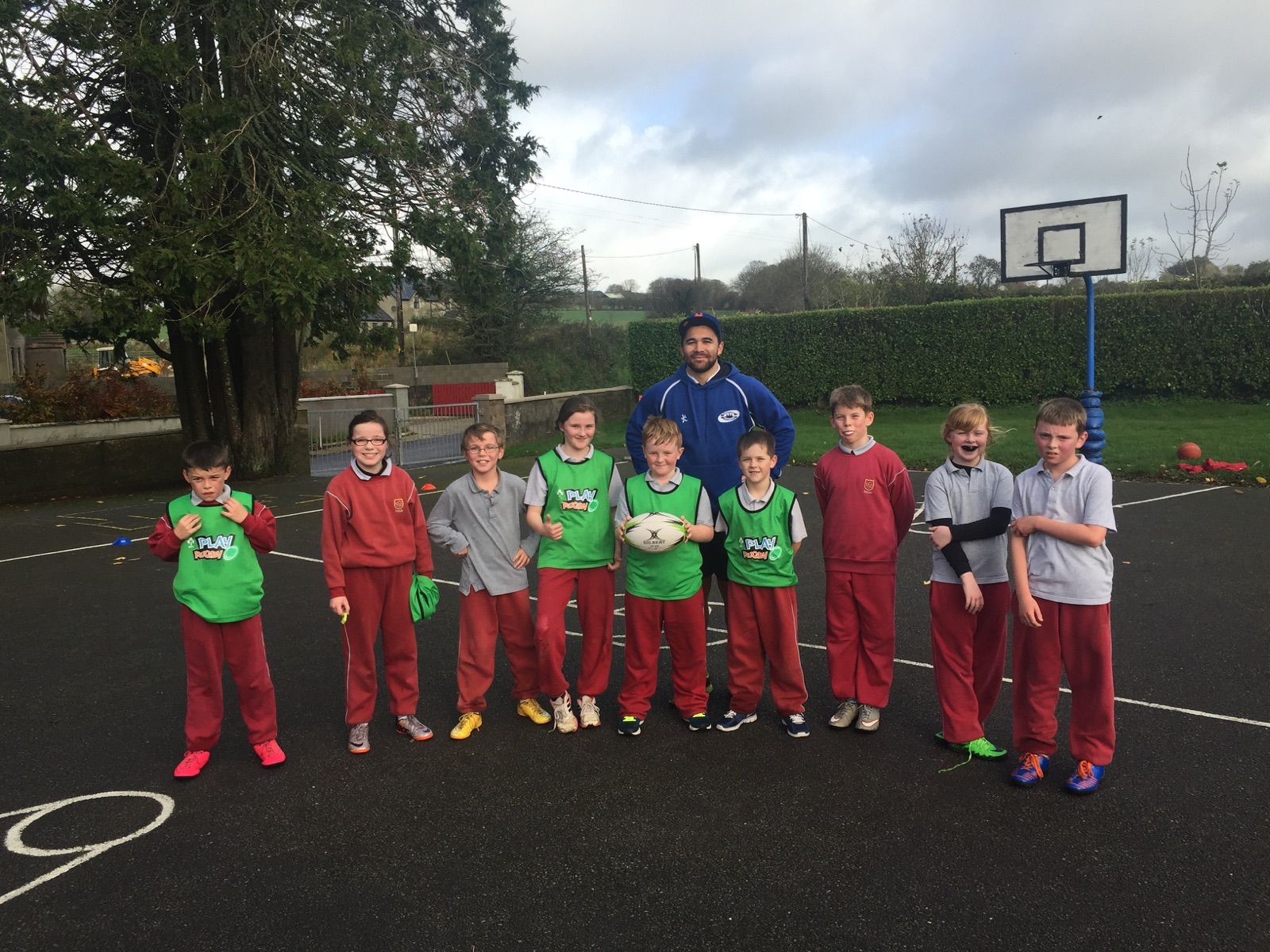 (Gurranes)
The first few weeks were largely centered around small skill-based games, involving relays, a modified version of the kid favourite ‘Bulldogs’ and a number of schools were skilled enough to progress straight into gameplay. The message in the first week was simply “Run forward, pass backwards!” and sure enough there were many times the ball was thrown 5m forward! But by the end of week two I had manage to get the kids passing backwards and running forwards. They had develop other skills such as the ‘pop pass’ and side stepping. 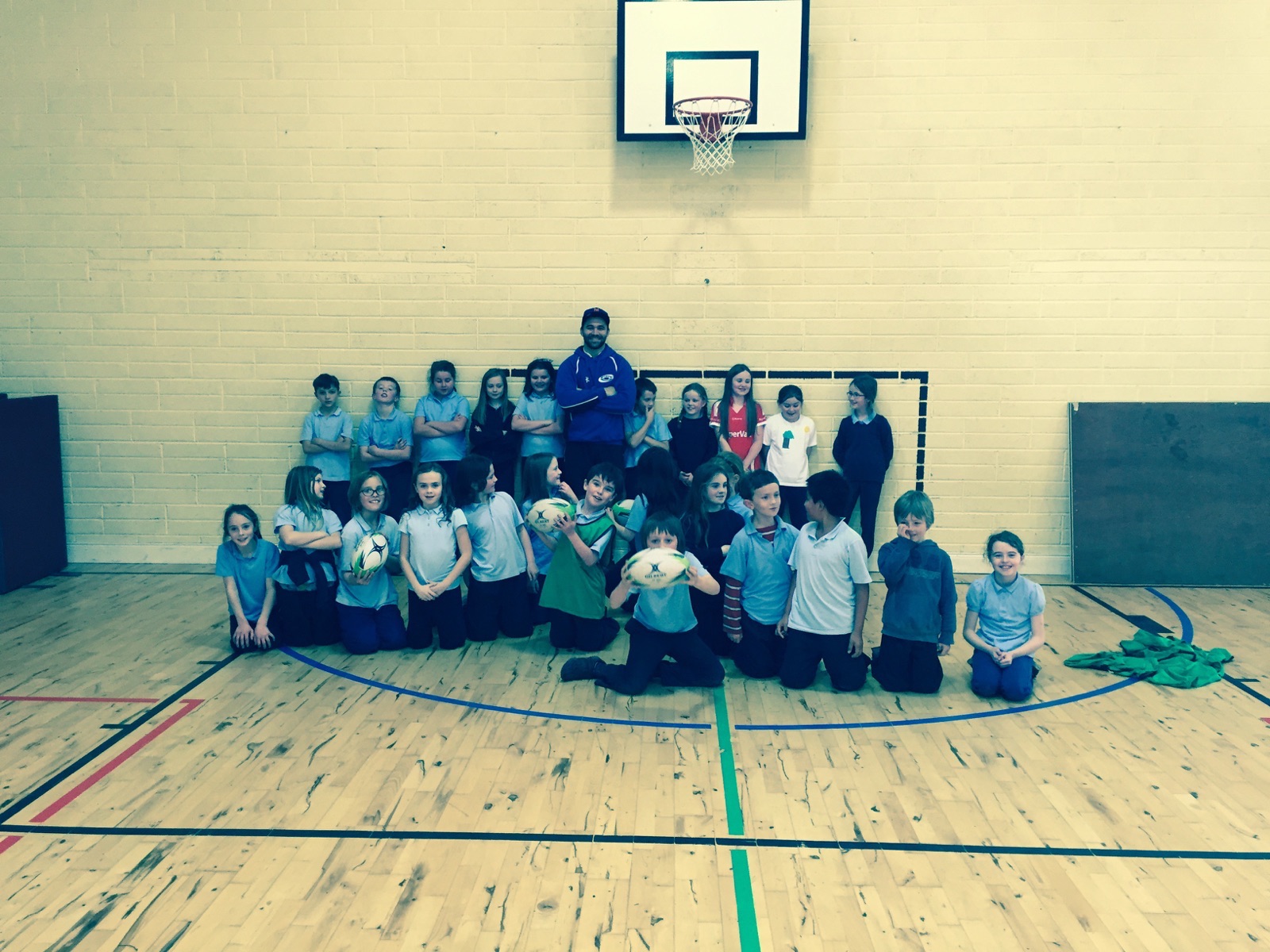 (Newcestown)
Into week 3 and the level of progression in the skills of the students had developed enormously, they all respond very well to instruction, and are all are willing to participate wholeheartedly. I also found great pride in a number of young Bandon Rugby Club members willing to mentor and help their classmates within the drills and games and that shows great promise for the future of the club and community in general. 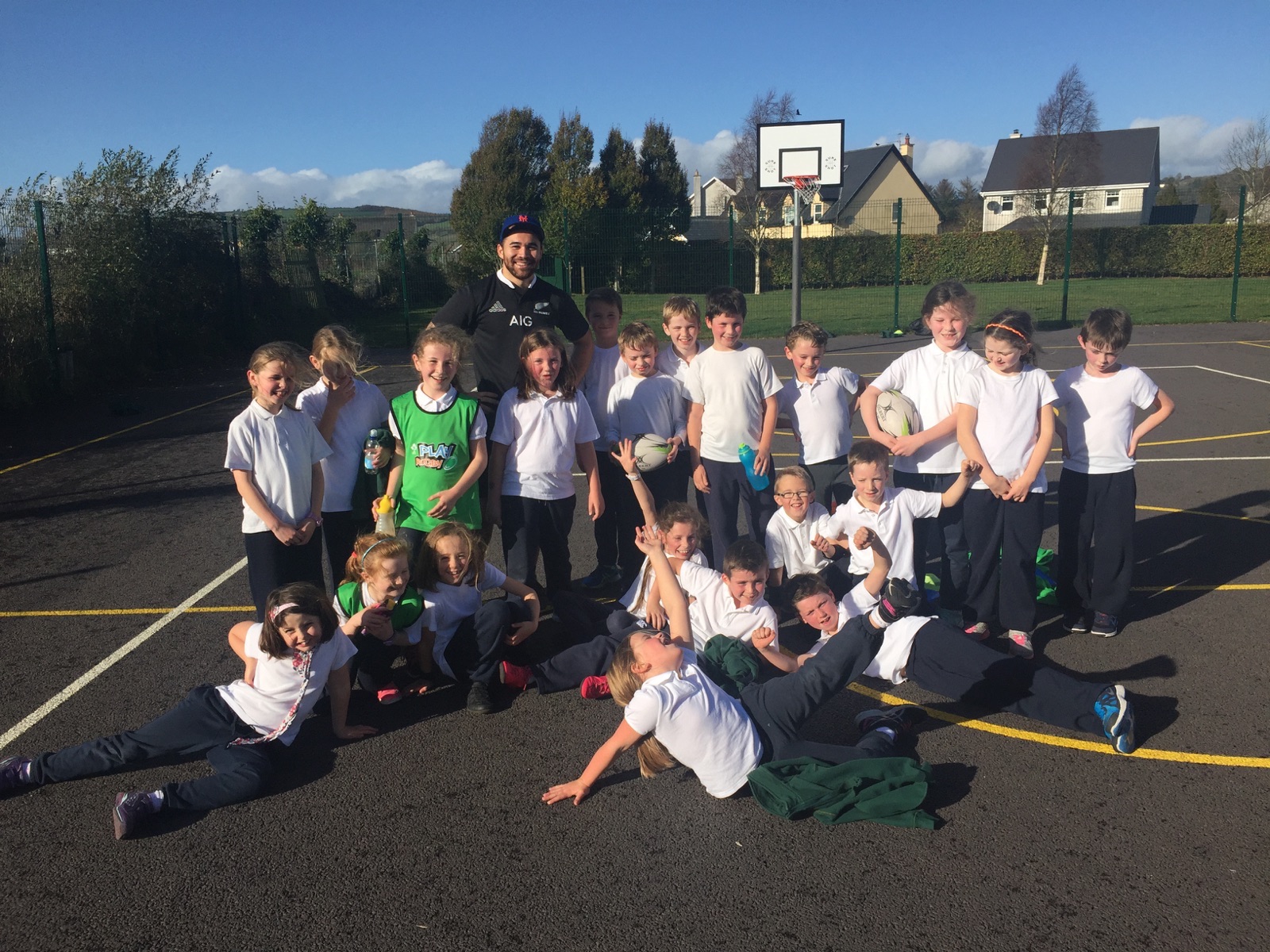 (Cloughduv)
Finally, as we make our way to the Christmas break, all of the schools are able to play competitive and highly skilled games of tag rugby. I enjoy the banter of the kids a lot and they are fast becoming savvy rugby players. Terms like ‘draw and pass’ are now common within some groups. I hope they continue to play rugby as I move onto different classes in the New Year.
Of course there were a number of standout players (Future Munster First teamers if you ask me) and a number of kids that improved so much over the space of 6 weeks it was hard to believe a lot of them did not have a history of rugby.
These players were:
Promising Players –
Alvarez (S.P.N), Dylan, Eamon, Paddy (Laragh), Richard (Crossmahon), Gav, Kane, Katy (Gael Scoil Bandon), Gary (Knockavilla), David (Ballinadee), Nathan (Coppeen), Adam, Luke (Gurranes), Brian (Castlelack), Oisin, Harry (CloughDuv), Ty (Newcestown).
Most Improved Players
Nikita (Laragh), Kate (Gael Scoil Bandon), Michael (Ballinadee), Hannah (Desertserges), Ben, Chloe (CloughDuv).
These players will go into a draw to win the new Bandon Rugby jersey, provided by the Manager of the J1 Squad, and longtime clubman, Dan Murphy. 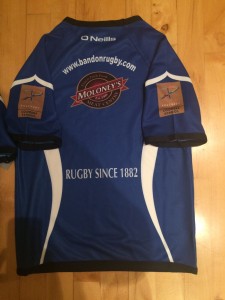 Last of all I’d like to thank the teachers who have invited me into their schools and the inner sanctum of the staff room for a cup of tea or two, and a safe and Merry Christmas to all.
Bandon RFC are accepting membership of new players for rugby every Saturday morning from 11am. Just turn up on the day and you will be met by one of registration team. We have rugby for boys and girls from age 6 to 18. New beginners very welcome
See you all in the New Year,
Ray Naea
Youth Development Officer
Bandon Rugby Club
December 2015 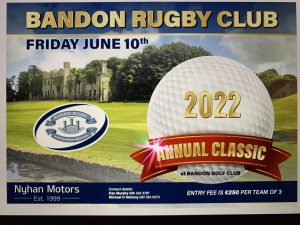